Ludo Van der Heyden, INSEAD Chaired Professor on Corporate Governance, former Professor of Operations, Research and Management at Yale, who taught at the J.F. Kennedy School of Government of Harvard.

Count Bernadotte, General of the French Army, became Crown Prince of Sweden, and developed a very different leadership style from his former “colleague” Napoleon. Ludo Van der Heyden has analysed their profiles and achievements and will share his observations with you.

Mr Van der Heyden’s presentation will be followed by a debate on leadership styles moderated by Pierre Gurdjian, Chair of the ULB. 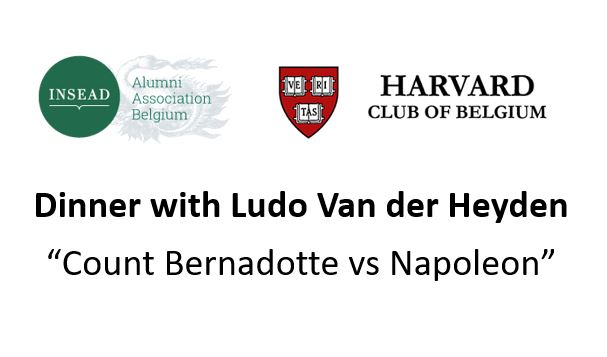 Register here
Menu
Insead Alumni use cookies to ensure that we give you the best experience on our website. If you continue to use this site we will assume that you are happy with it.AcceptRefusePrivacy policy